A New Approach to Pricing Mobile

A New Approach to Pricing Mobile

Bcg perspectives realise how subscribers' thirst for data seemingly insatiable, these should be heady times for mobile network operators. Spurred by smartphones, 4G networks, and bandwidth-intensive applications like video, global mobile data traffic grew 81% in 2013, according to Cisco’s Visual Networking Index. And no slowdown is in sight: by 2018, traffic is expected to be nearly eleven times greater than in 2013. Yet many telcos are experiencing flat, and even declining, revenues.

Forward-thinking providers have gotten the message: pricing should be centred around data. This lets them monetize the extraordinary growth in that traffic and, crucially, make the economics of the business work. The growth in data requires huge investments in network capacity—investments that can pay off only when revenues are aligned with usage. BCG estimates that this new approach—called “pathways conjoint”—can boost margins for the same target of gross adds by up to 10 percent over traditional conjoint-based pricing. This is growth that would otherwise be left on the table. And it can be obtained far more easily and quickly than providers might expect.

Explore how Stratinis can help you control and manage your pricing 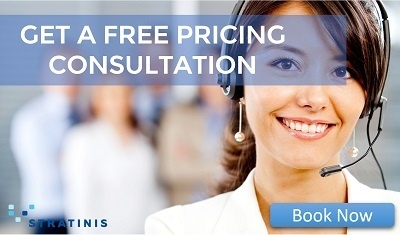 The Ethical Minefield of Pricing

The Ethical Minefield of Pricing

Get notified on new marketing insights

Be the first to know about new B2B SaaS Marketing insights to build or refine your marketing function with the tools and knowledge of today’s industry.